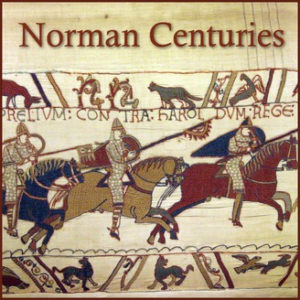 Editor’s Note: Have a favorite history podcast? Share it with the Falcon Banner. Send review to rex.deaver@gmail.com.

Brownworth is a teacher and author, so his podcasting approach is more like a recitation than the more informal, sometimes irreverent look at history many podcasters present. In his Norman history podcast he doesn’t ask for questions or interact with the listeners. I imagine he’s reading his book, or at least his lecture notes. He does answer questions on his blog “Finding History” (https://larsbrownworth.com/blog/), which seems to cover all his podcasts and perhaps his books.

Brownworth is the author of the popular podcast “12 Byzantine Rulers: The History of the Byzantine Empire.” He also is the author of the books Lost to the West: The Forgotten Byzantine Empire that Rescued Western Civilization, The Normans: From Raiders to Kings and The Sea Wolves: A History of the Vikings. The latter book made it to the New York Times bestsellers list. So this podcast is presented by a recognized expert.

And it is informative. Brownworth describes the Normans as a “footloose band of individual adventurers who appeared out of nowhere to blaze across the face of Dark Age Europe.” He begins with Rollo and follows the Normans through William, Tancred and Bohemond. He follows their adventures in France, England, Ireland, the German states, Sicily and Antioch. And he notes that the Norman Principality of Antioch outlasted the Kindgom of Sicily by a century.

It’s been a year since I listened to this, and I remember I particularly enjoyed the stories of the Normans in Outremer. His theme, that the Normans never stopped being restless, never settled down completely, is supported by a lot of evidence. And he appears to know his subject well.

But his website contains nothing more than you find on iTunes or Stitcher. No maps, no reference material, not even a place for comments. On the plus side, it also doesn’t ask you to subscribe or join Patreon. He doesn’t ask for money anywhere.