Here do I swear a lawful oath on the sword.
I will protect, defend, and serve the CalonLaw, Konungatal, and Konungriki.
Ivow to the witan, the brytia, and the folk to maintain the World as we know it.
I shall rule according to the law, bring wordfame to the realm,
And give golden rings and shining steel to those who earn each.
As long as fire burns; earth grows; child calls to mother, and mother bears children;
As long as folk kindle fire; ships sail; shields glint; snow lies; and the sun shines;
As long as the wind blows; and waters fall to the sea;
And as long as the Falcon flies the long spring day, with a fair wind behind him on wings outspread.
So swear We, Duncan Bruce of Logan/Ylva Jonsdottir

With these words Duncan Bruce of Logan and Ylva Jonsdottir ascended to the thrones of Calontir, the 66th Konung and Drottning in that lineage.

Previously, in the closing Court of Their Majesties Matsunaga and Elena, both Their Majesties spoke to Their populace with full hearts and tender words as they stepped down from the thrones. Great was the acclaim They received from Their people. 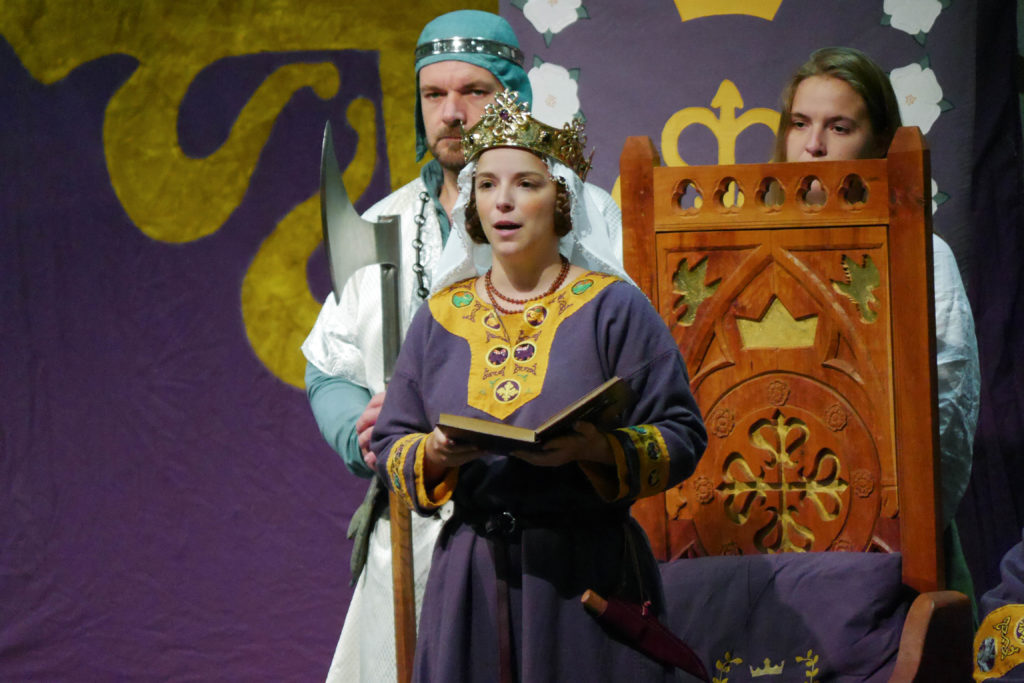 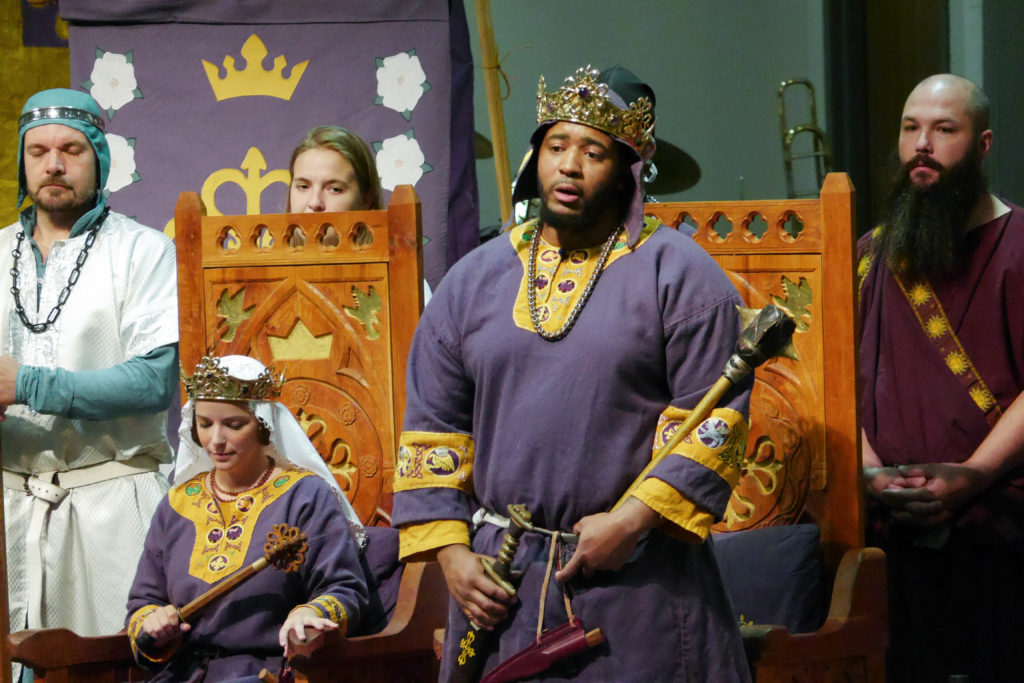 After the Coronation Court, the populace adjourned to the Commons for the noon meal. The inn was a fundraiser for a college fund for the children of Duke Ostwald, Dani and Keldon. At evening Court it was announced that they had $850 to donate to that fund. Another fundraiser, for a young baby in the barony who requires special formula, gathered another $800.

It was a beautiful day, though quite warm, and the Armored fighting, Cut & Thrust fighting, as well as archery, were well attended. A&S activities centered around largesse items for the new Crowns, and the displays were impressive in both number and quality.

At evening Court four boons were begged; Lucian for the Laurel; Agamemnon for the Chivalry; Svana and Gunnar for the Pelican. Mistress Dorcas’ complete court report will be published elsewhere in The Falcon Banner.

And, on a lighter note, Their Royal Majesties’ Whims are as follows: 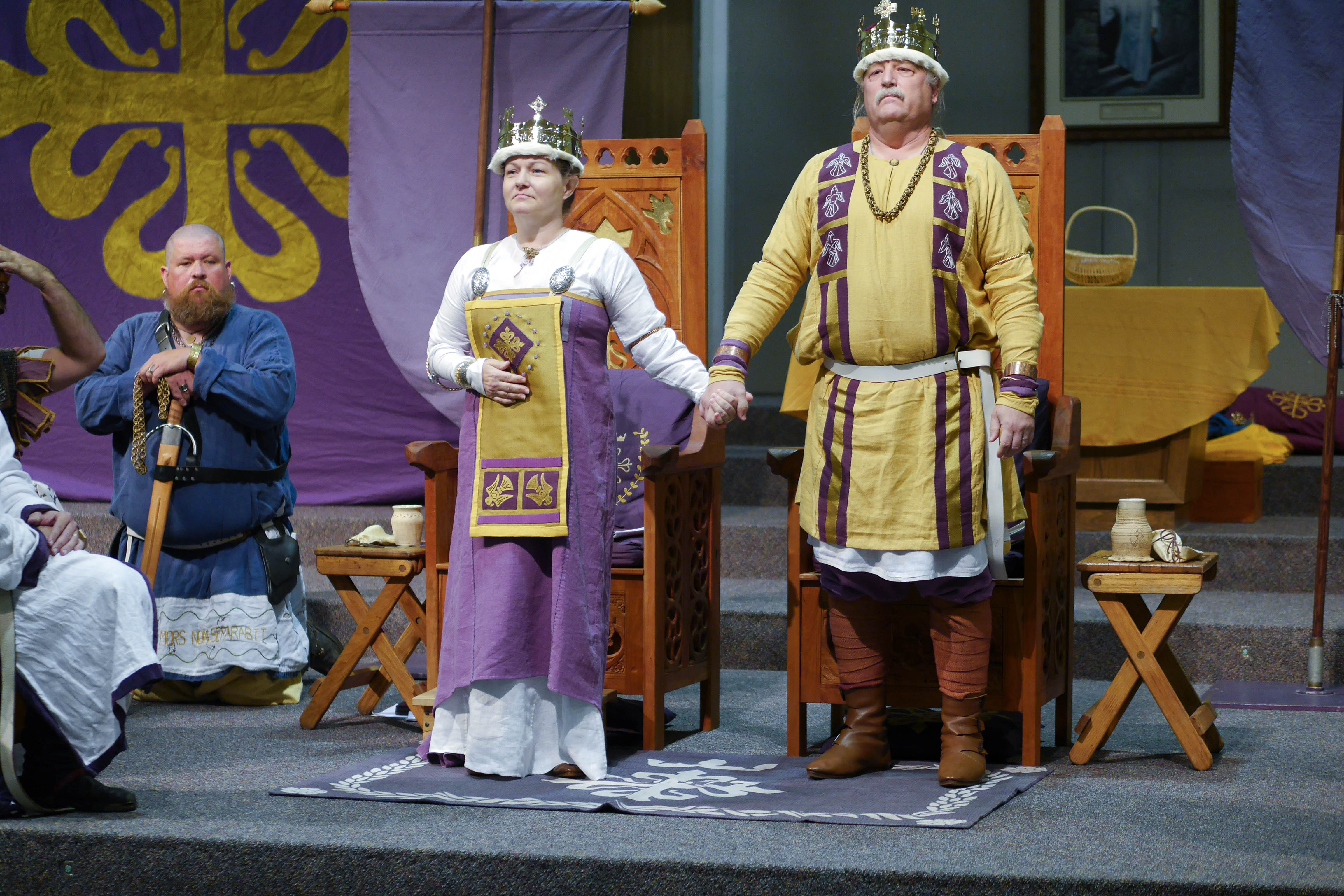