Calon Lily scroll for HE Countess Elspeth of Stonehaven 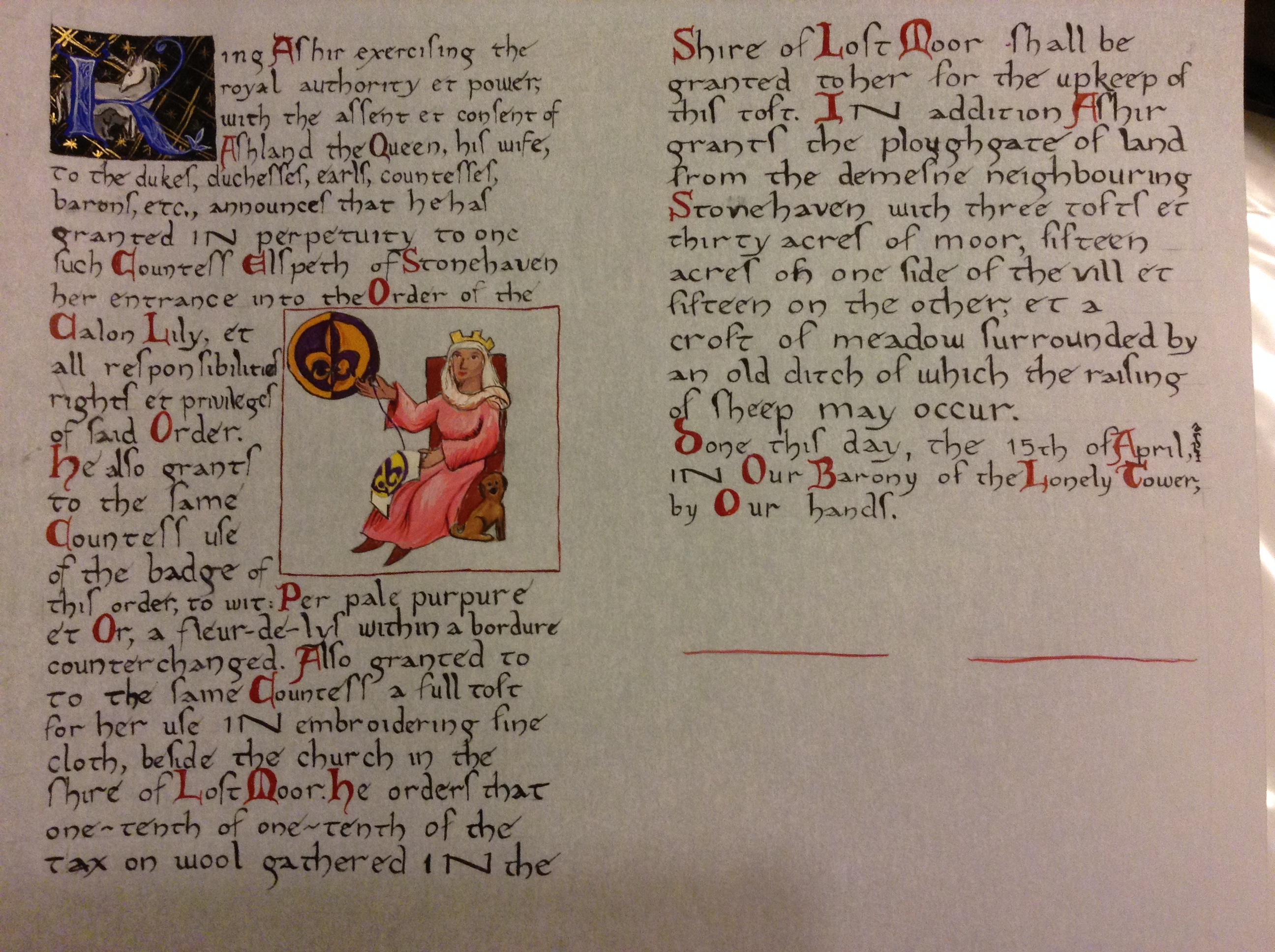 King Ashir exercising the royal authority and power, with the assent and consent of Ashland the Queen, his wife, to the dukes, duchesses, earls, countesses, barons, etc., announces that he has granted in perpetuity to one such Countess Elspeth of Stonehaven her entrance into the Order of the Calon Lily, and all responsibilities, rights, and privileges of said Order. He also grants to the same Countess use of the badge of this order, to wit: Per pale purpure and Or, a fleur-de-lys within a bordure counterchanged.  Also granted to the same Countess a full toft for her use in embroidering fine cloth, beside the church in the shire of Lost Moor. He orders that 1/10th of 1/10th of the tax on wool gathered in the Shire of Lost Moor shall be granted to her for the upkeep of this toft. In addition Ashir grants the ploughgate of land from the desmesne neighbouring Stonehaven with three tofts and thirty acres of moor, fifteen acres on one side of the vill and fifteen on the other, and a croft of meadow surrounded by an old ditch of which the raising of sheep may occur.