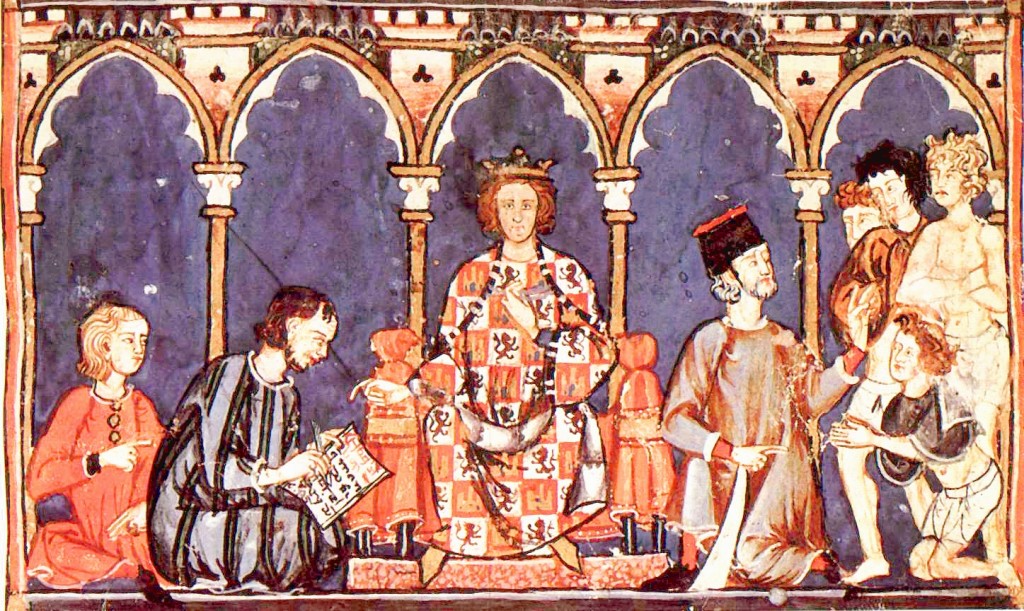 Alfonso X “El Sabio” and his Court, 13th Century. Public domain in the US.

Ms. Dorcas is on assignment to the Debatable Lands, so we are re-printing, in part, Lord Hugo van Harlo‘s report as posted on the Calonlist:

Let it also been known that applications for the Kingdom
Webminister, a Great Officer of State, shall be accepted until
September 30th. Candidate interviews to be held at Crown Tournament,
and the new webminister announced at Vertigo.