Other court tidings:
1 newcomer received a mug.
Ms. Rebecca Beaumont announced that Their Majesties were accepting application to be Chair of the Lilies Committee.
Lady Allison of Forgotten Sea was sworn in as the new Kingdom Webminister.
It was announced that Their Majesties are accepting Letters of Intent to be the new Kingdom Exchequer and the new Regalia Coordinator.
A boon was begged for Helena Soranzo to join the Order of the Laurel. 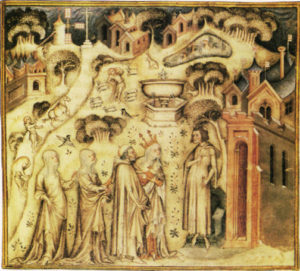