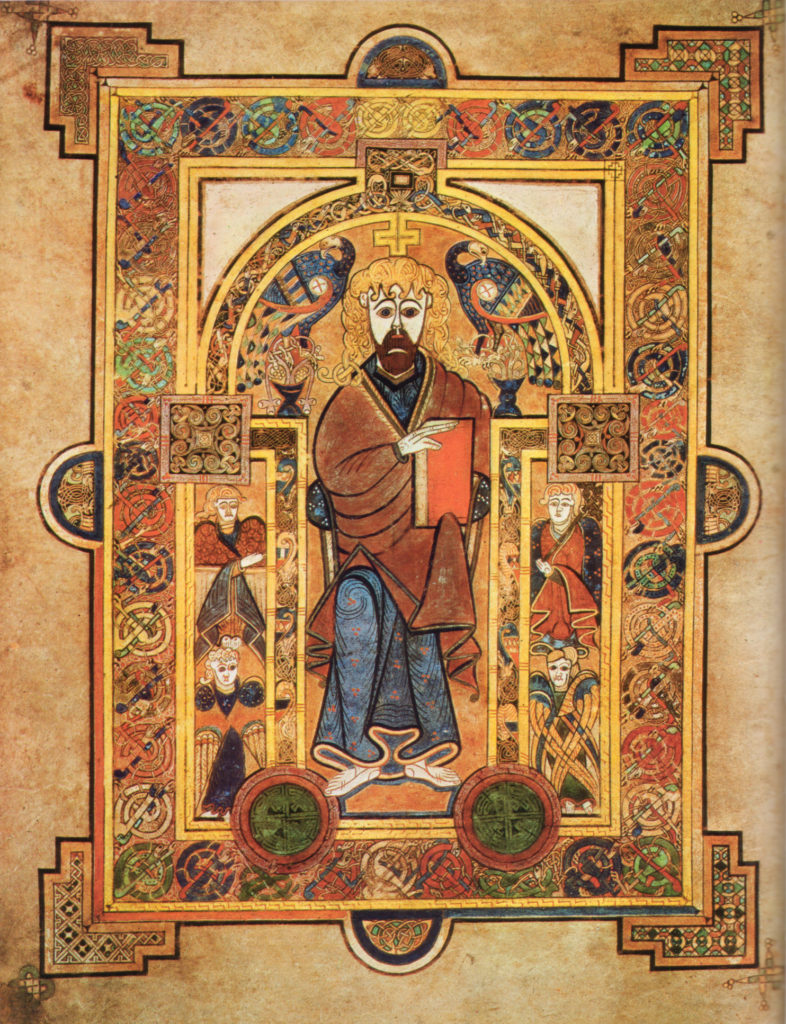 As technology marches on, many resources that were difficult — even impossible — to obtain, have been made available digitally for scholars to view and explore. Recently, Trinity College Dublin added The Book of Kells to their online digital collection.

The Book of Kells is an illustrated manuscript of the Four Gospels, in Latin. It was produced by Columban monasteries in either Ireland or Britain (or possibly with contributions from both) in approximately 800 AD. The manuscript has a fascinating history of survival over the centuries.

The Illustrations have had a major influence on the common perception of early Medieval, and especially insular Celtic, art since the first accurate reproductions were produced and published in the mid-19th century. The calligraphy has also come to represent Celtic lettering for many people. Elements and examples of both are often reproduced in SCA artwork.

The online collection is available at https://digitalcollections.tcd.ie/home/index.php?DRIS_ID=MS58_003v