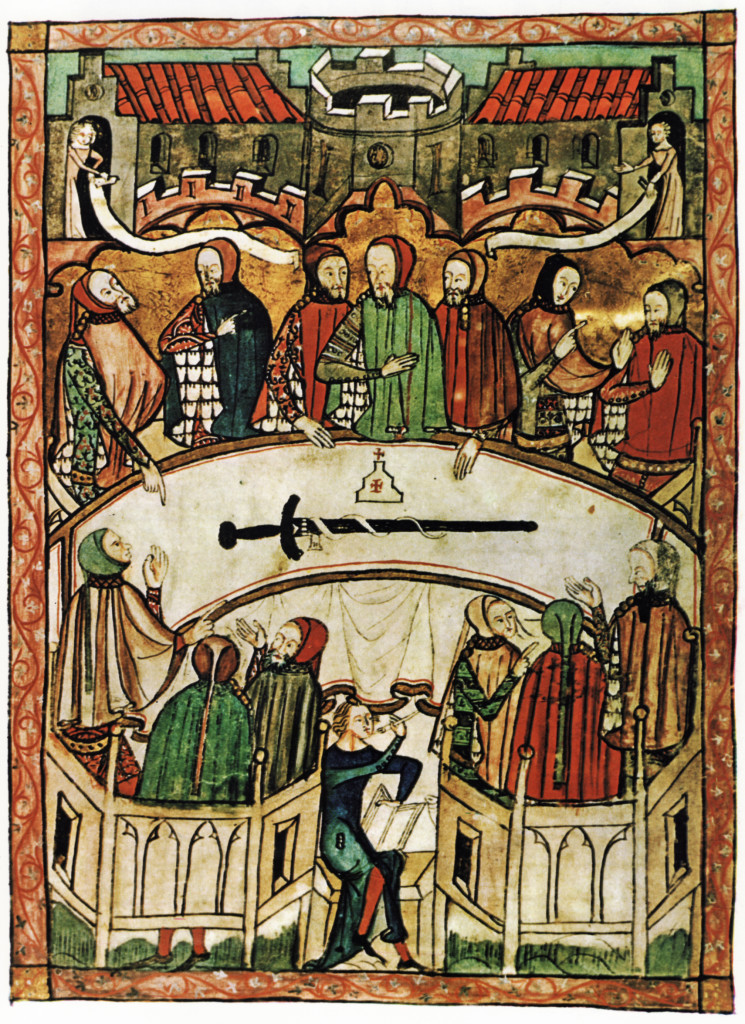 Unto the people of Calontir and the Known World come these words from the Chivalry of Calontir.

Since the earliest days of our land, the Chivalry has sworn to loyally defend and uphold the Crown and Kingdom; to be the shield of the innocent, and the sword of justice. In this we have failed.

As peers it is our responsibility to protect this Kingdom and make it a better place, but in our failure, we have let those around us down. We have failed to take appropriate action against behavior in our Kingdom, and within our own circle. That is unacceptable. Damage has been done, not only to the victims, but through our failure, to the Kingdom as a whole. For this we are deeply sorry.

Such acts and injustices should not have been, and must never again, be tolerated.

Today we reaffirm our oath to be the shield of the innocent and sword of justice; to stand in front of you as protectors, and beside you as supporters; to no longer condone actions by our silence; to hold each other accountable. To strive to be the order you deserve.

But, do not judge us by these words – for words are no replacement for action. We hope you will be able to judge us for how we move forward, and that in time we can regain lost trust. As individuals, and as an order, we are far from perfect, but we will strive each day to be better than the last. Hold us to our oaths.