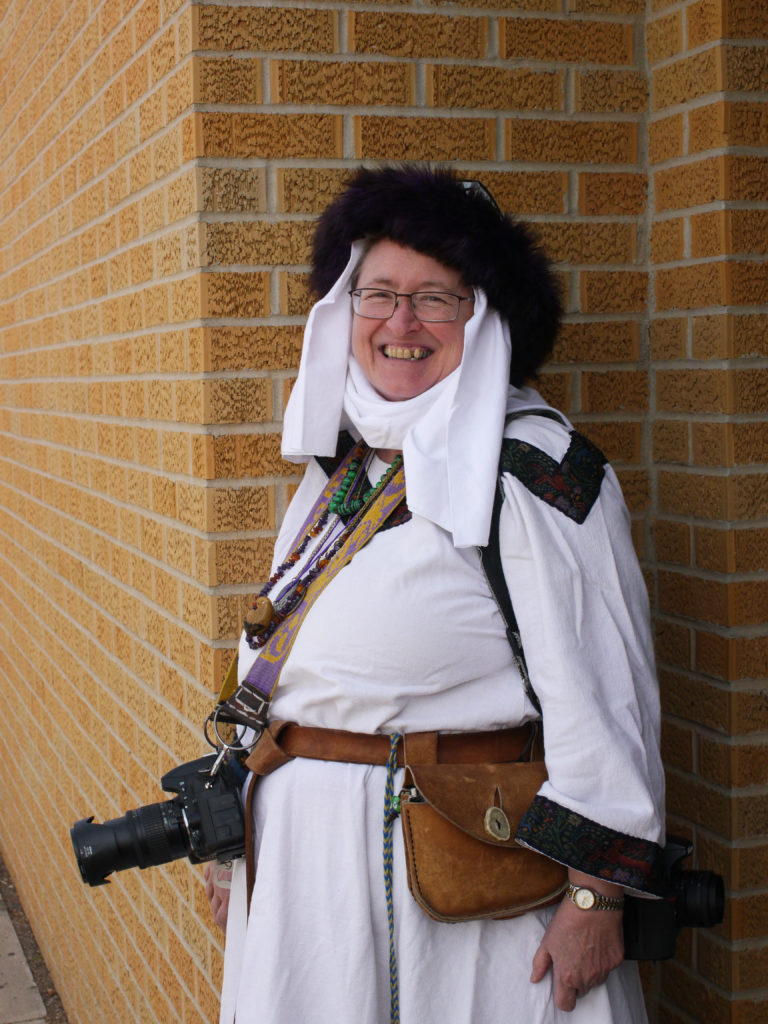 Mistress Rhianydd Arbeth began photographing Calontir before she was even a member of the SCA. Working at Washburn University of Topeka in 1980 she was introduced to the SCA by a friend, and went to a demo at Lake Shawnee with her 110 camera. Asked by some of her new friends if she would like to go to an event, she agreed — and their next question was “Great! Can we take your car?”

Initially Rhianydd would take packets of pictures to events to let people see them. But when Lorell asked if he could get a copy of his picture, she realized she needed to be more organized. Thus was born the tables of photo albums that were a fixture at events for many of us for years, all carried by Rhianydd to every event she attended.

Now of course the albums are electronic, but the memories are every bit as important. And thankfully Mistress Rhianydd Arbeth is still recording them and making them available for Calontiri now and in the future.

You can find Mistress Rhianydd’s work on Flickr, or by following the Community, Web Gallery links on the Calontir.org website.