Their Royal Highnesses Ashir and Ashland held court in the name of Their Royal Majesties Logan and Ylva.

8 newcomers received mugs or tokens.
Lady Lhiannan Y Llysieuydd announced the results of the plague.  Only 44% of those who caught the plague at the event died, but the Barony of Forgotten Sea was pretty much wiped out. 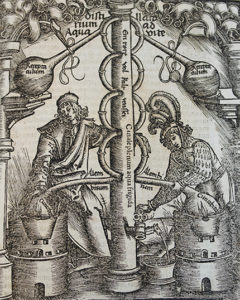