County scroll for HE Mistress Ylva Jonsdottir, done in the Reign of Bataciqan-nu Ko’un Ashir and Ashland de Mumford 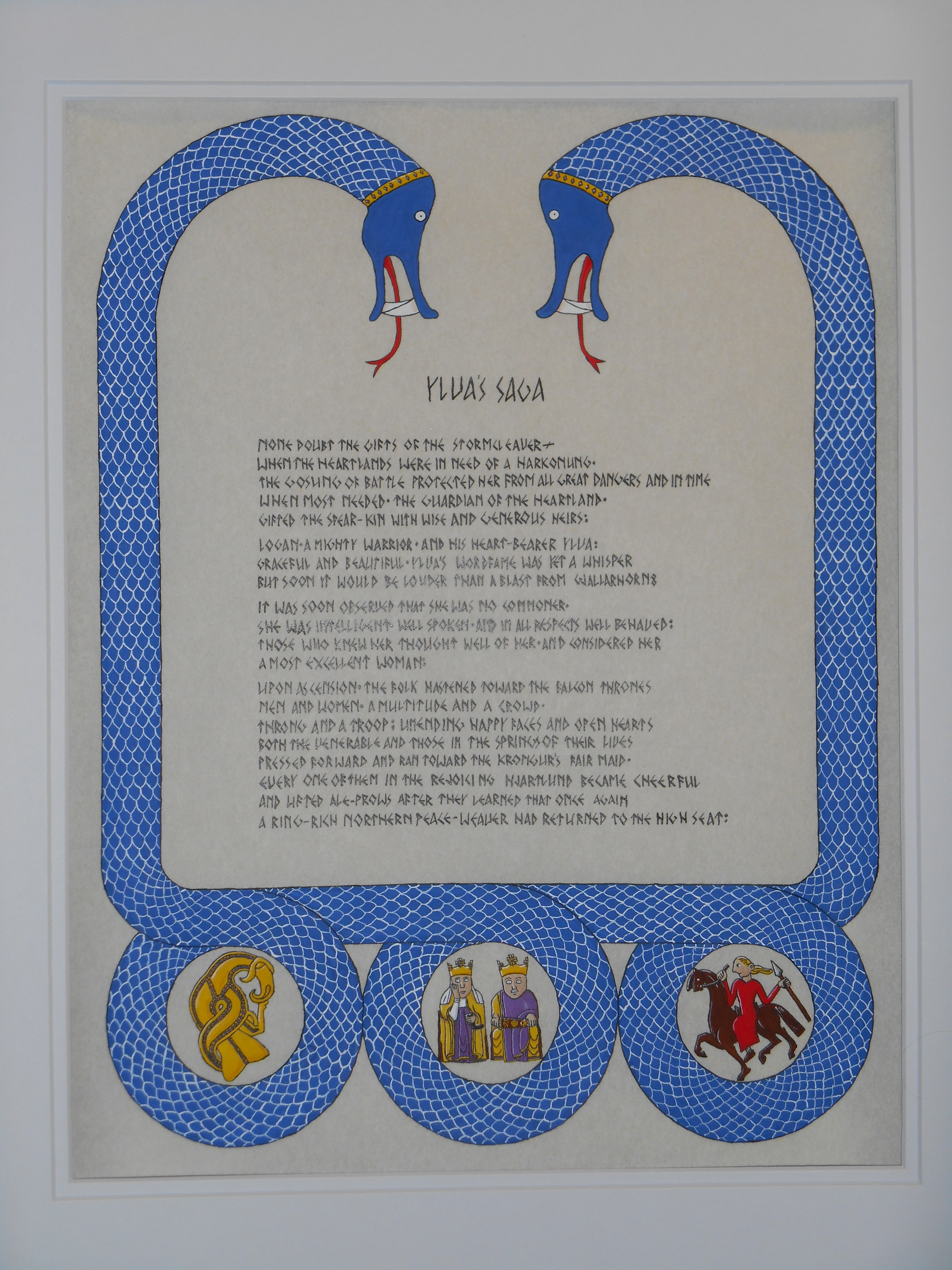 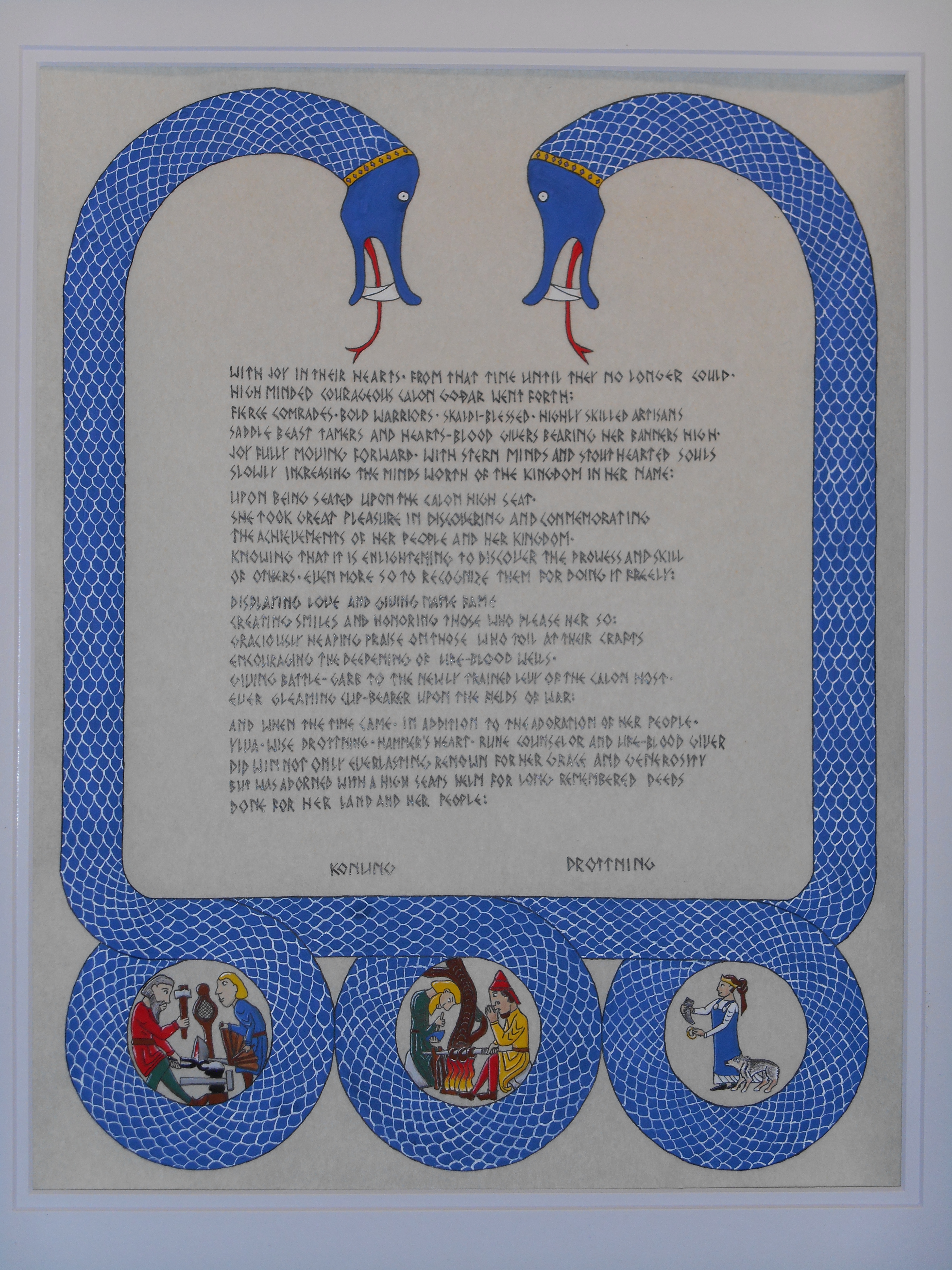 None doubt the gifts of the Stormcleaver……

When the Heartlands were in need of a Harkonung,

When most needed, The Guardian of the Heartland,

gifted the spear-kin with wise and generous heirs.

Logan, a mighty warrior,  and his heart-bearer Ylva.

Graceful and beautiful, Ylva’s wordfame was yet a whisper

but soon it would be louder than a blast from Gjallarhorn!

It was soon observed that she was no commoner,

she was intelligent, well spoken, and in all respects well behaved.

Those who knew her thought well of her, and considered her

a most excellent woman.

Upon ascension, The Folk hastened toward the Falcon Thrones

men and women, a multitude and a crowd,

throng and a troop; unending happy faces and open hearts

both the venerable and those in the springs of their lives

pressed forward and ran toward the Krongur’s fair maid,

Every one of them in the rejoicing Hjartlund became cheerful

And lifted ale-prows after they learned that once again

With Joy in their hearts, from that time until they no longer could,

slowly increasing the minds worth of the kingdom in her name.

Upon being seated upon the Calon High Seat,

She took great pleasure in discovering and commemorating

The achievements of her People and Her Kingdom,

Knowing that it is enlightening to discover the prowess and skill

Of others, even more so to recognize them for doing it freely.

Creating smiles and honoring those who please her so.

Graciously heaping praise on those who toil at their crafts

Encouraging the deepening of life-blood wells,

Giving battle-garb to the newly trained levy of the Calon Host,

Ever gleaming Cup-bearer upon the fields of war.

And when the time came, in addition to the adoration of her people,

did win not only everlasting renown for her grace and generosity

done for her land and her people.