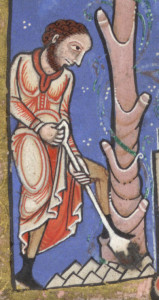 The search for the next Lilies War Committee Chair has begun.

–          Arrange for and sign contracts, as needed, for Lilies War infrastructure.

If you have any questions, please feel free to contact me at LiliesChair@calontir.org

Letter of interest are due by December 15, 2016. Please send letters to Their Majesties (Falcon-Crown@calontir.org), Their Highnesses (Falcon-Heirs@calontir.org) , the Kingdom Seneschal (Seneschal@calontir.org) and The Committee Chair (LiliesChair@calontir.org). The choice will be made shortly thereafter to allow time for training.  The new Chair will take over after the next Lilies War, June 2019.

We know that a lot has been said in the last week or so about the combining of the two non-food merchant areas at Lilies War.  We hope that this will provide more insight as to why the decision has been made to do so at this time.  Please note, the merchants we are discussing, unless otherwise stated, are not the food merchants.  At this time the only location the food merchants can be is where they currently are.

So many have asked why now?

Why the Old Market Area?

Is there room in the Old Market area for all of the merchants?

Fortunately, there is. Last year we saw just over 900 people come through gate, which was in fact a 5% to 8% decline from the previous year. And some of those were merchants.

Why didn’t you tell us about this sooner why keep it secret?

The final decision was made at the Lilies War Committee meeting at Kris Kinder, on December 9th.  Yes the irony of deciding the fate of the merchant areas while at a merchant event is not lost on us.  And it was never our intent to keep this information from anyone.  All Lilies Committee meeting are open to everyone. This was not one of them.  And while we usually have a general idea of what will be discussed at each meeting, you never really know what will come up and how long it will take until you are in the middle of it.   After the meeting a medical issue came up that prevented the announcement in court that evening.  A few days later, the decision was made public for us, while at the same time the Stewards were planning an announcement of their own and the Merchant Staff was preparing the updated paperwork that will be sent out to merchants soon.  Unfortunately, an additional delay occurred so we could answer other urgent matters that had arisen.

Does Lilies care about merchants?

In fact, we do.  We understand that in order to thrive, we need to encourage more merchants to come to Lilies War.  In order to do that we need to provide the best atmosphere that Lilies War can provide.  That includes combining the market areas, and asking the populace to continue supporting all the merchant who attend the War as much as they can.  At other events, please talk to other merchants about Lilies War and encourage them to attend!  Perhaps together we can make Lilies War more than just a vacation for some, perhaps we can turn it into a vacation with a thriving and prosperous merchant area.  And frankly, more merchants and a better shopping experience will attract more people.

What about those merchants who don’t wish to move from the New Market area?

We believe this decision is for the best for our War. We have weighed options, and as outlined earlier, the logical course of action is to provide a consolidated merchant’s area where all merchants are all seen and known, drawing not only hopefully more, but better and more profitable shopping for our merchants. We know that not everyone likes this decision, and that some will even take it personally. We…I apologize for that.  It is never our intent to make anyone upset.  We also understand that individuals have to do what they think is best for them and their situation, even if that means not attending Lilies War any longer. But we ask that you please try to understand that we, the Committee, have to do what we feel what is best for Lilies War.

As always, if you have any comments or questions about Lilies War please contact us via email at:

And if you are merchant and you have questions about merchanting at Lilies War, please contact the Merchant Staff at merchants@llilieswar.org

Chair of the Lilies War Committee

If you have a comment, question, or concern that you would like the Lilies Committee or Event Stewards to hear please send it in an email to:

If you are merchant and have any questions about merchanting at Lilies War please contact our Merchant Staff at: merchants@lilieswar.org

We will try to respond to you as quickly as possible. However, please remember that the individuals on the other end of these addresses do have other mundane obligations and if might take a bit to give each email it’s proper due.

And as always, everyone is welcome to attend the Committee Meetings. Our next one will be at Clothiers’ Seminar in February 2018. 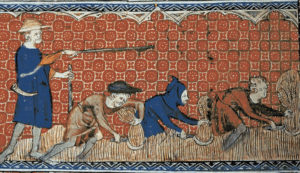 The Lilies Committee has scheduled a meeting at Clothiers’ Seminar, February 3rd at Wheatridge Middle School in Gardiner, KS.  The meeting will be at 3:00 pm in Classroom A.

The agenda should be available approximately one week before the meeting, per HE Rebecca Beaumont, so watch for an announcement in late January.